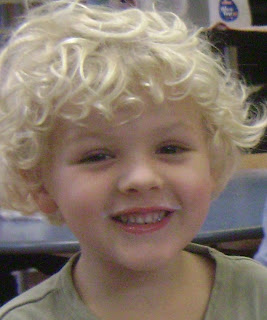 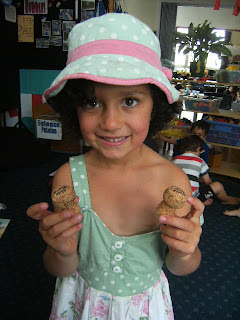 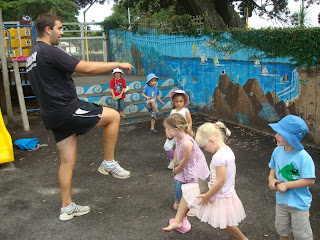 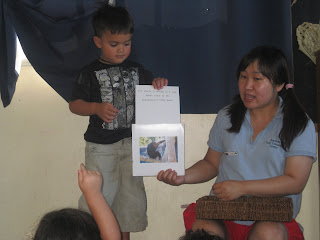 A fond farewell to Barnaby, Playball pushed us to the limits, recycling has become a daily activity, and slowly but surely, we are are learning the letters of the alphabet.
What a busy, but fun week!
The Preschool team.

This is an open morning for all grandparents of children who attend Bayfield Early Education Centre.  You are welcome to come for the whole time or just drop in for a short while.  We will be providing morning tea in the staff room where you can meet and mix with the other grandparents.
Hope to see you all there.
Posted by Unknown at 13:00 No comments:

The Toddler children are ready for their next fun filled trip and this time we are going to Kiwi Valley Farm Park, 308 Henderson Valley Road, Henderson.  We will be going on THURSDAY, 31ST MARCH.  We only need 7 parent helpers, the ratio of adults to children will be 1:2.  We are leaving the centre at 9.30 a.m. and will be travelling by bus and will return to Bayfield at 12.00 p.m.  We will have morning tea before we leave the centre so please make sure your child is at Bayfield by 9.00 a.m.  The cost will be $ 23.00 and this trip is only for children who attend Bayfield on a Thursday.
Posted by Unknown at 12:18 No comments:

"B" is for Banoffe Pie 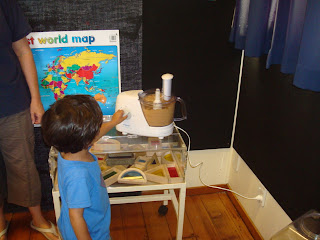 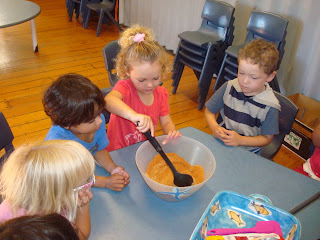 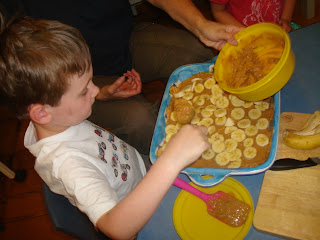 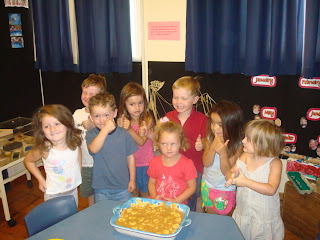 We are having new tadpole friends soon in preschool!

Lately the children have shown interest in frogs. They looked over the project that we did last summer on frogs and tadpoles and been through the life cycle of Green golden bell frogs. The children wanted to have some tadpoles in Preschool. This interest was strengthened when we read “Big changes for tiny tadpole” at mat time. The children brainstormed what they would like to learn throughout the investigation. Even though, the children wanted to have tadpoles that turn into different kind of frogs such as tree frog or southern bell( they have examined the life cycle of Green Golden Bell frog before) , the children were made aware of the fact that it is impossible to know what kind of frogs the tadpoles turn into by looking at them as in their early stage of development.
Yet we still carried on with this project as the children were very excited to have tadpole friends in preschool.
The curiosity of children about tadpoles and frogs led to this amazing project. We believe that raising tadpoles and watching them emerge into adult frogs is a fascinating experience. This process is called “Metamorphosis” (change of form) (exploration 1:2).
Posted by Yvette at 10:18 No comments:

Dear parents
We have the rare opportunity of a couple of spaces in our Nursery due to parents deferring their child's enrolment.  These spaces are only available for Wednesday, Thursday and Friday and you will need to get in quick!  Normally we have a year wait list for any new spaces in Nursery.
Call Shona or Mona if you need an enrolment form.
Posted by Unknown at 16:41 No comments:

If your child comes to Preschool on Tuesday and attends Playball, please make sure you have money in your special account so that you can cover the cost of Playball for the term.  We have just been informed that the cost of Playball has gone up and it is now $ 65.00 per term (an increase of 50c per lesson).
You can pay by direct debit into the ANZ account and please ensure you have your child's name clearly marked on the deposit.  The account number is as follows:
Bayfield Preschool Special Account
010142-0176570-00
You can also pay by cash or cheque - but NOT EFTPOS.
Posted by Unknown at 14:37 No comments: 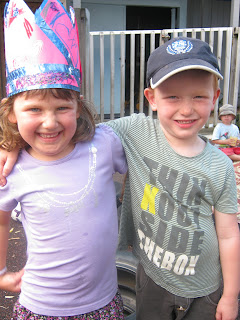 Today we were sad to say a great big good bye and good luck to 2 of our friends here in the Preschool room. David and Chloe are set to take the next step in their lives and have now reached that age where they are too old to be here and we can’t enjoy their company anymore.

But in saying this, we really hope they have a great time at their new schools, and that they can settle in really quickly. David and Chloe both have younger siblings here, so if they need time to come and play in the sand pit or play with their friends on the playground, they will be welcome.

Take care!
Posted by Unknown at 16:48 No comments:

Letter of the week

Please encourage the following children to bring in objects that start with the letter ‘A a’ to share the news on Monday ( 7th February).
Regards,
Preschool Team

Sophie Van Der Meijden
Posted by Yvette at 12:52 No comments:

WINE AND PIZZA EVENING FOR ALL NEW PARENTS

We would like to invite all new parents to a wine and pizza evening, which we are holding on Friday, the 18th February.
If your child has just started at the centre or they have recently moved to a new room, please come along and meet the Bayfield staff and other new families to the centre.
Please note: this evening is for ADULTS ONLY.
If you have any queries, please don't hesitate to contact either Shona or one of the Head Teachers.
Posted by Unknown at 14:04 290 comments: 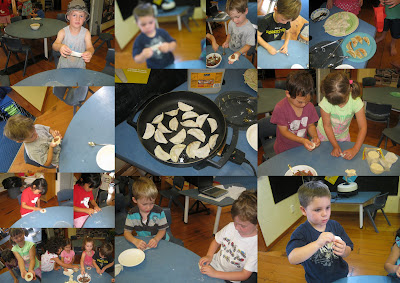 Today, Our children made yummy dumplings and also learnt about the "Chinese New Year" festival. Cindy, our chinese teacher talked about the significance of this festival during the mat time . 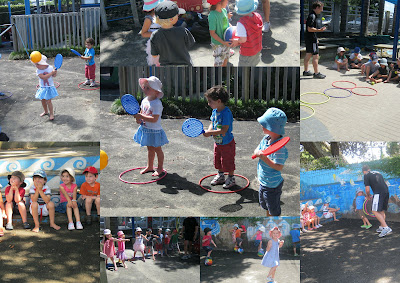 No words to describe the children's excitement when the Play Ball visited us yesterday. They had great fun and demonstrated incredible concentration and gross motor skills. 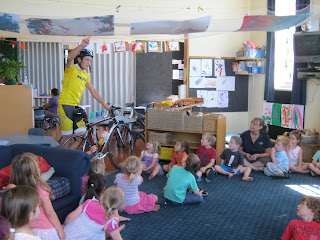 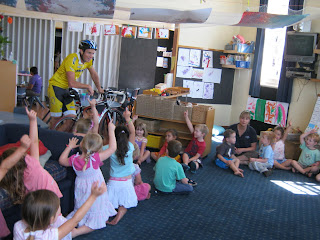 Last week the Preschool Room had an unexpected visit from Simon (Mona's son). He was on a long cycle ride from Glendene to Mission Bay and back when he called in for a drink. He came into the Preschool room and showed us his racing bike, the helmet that he wears for protection and talked to us about our bikes and cycling in general. Matthew and Stanley even tried on his helmet for size!! He is training for a big race called Coast to Coast next year.

They have a blogspot as well http://pupukeearlyed.blogspot.com/

This is a brand new childcare centre situated at 20-22 Pupuke Road Takapuna and we have 2 licenses both for over 2's. Taking enrolments now!